Inspired by:  Sinking – Jars of Clay

So in my last blog post I promised a conclusion to Alex and Marc but that I had a character that demanded fleshing out. At the ass-crack of dawn on a Saturday,  my brain decided now was the appropriate time.  If any of you remember Emma Jacobs, you’ll be getting another look at her today.   Enjoy! 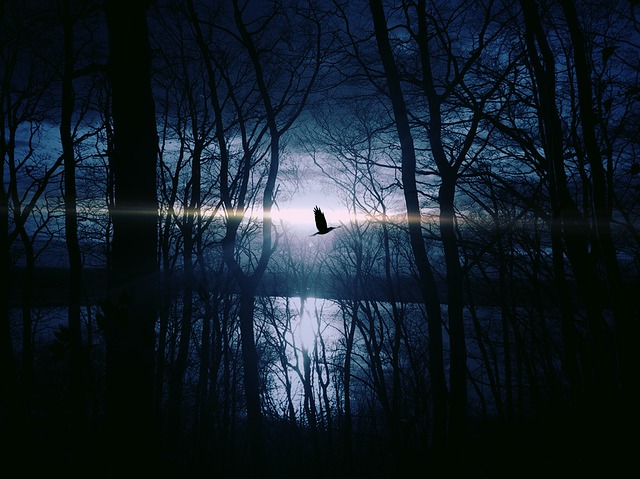 “No, I would appreciate you not displaying such talents in my home.”

Her guest had come and gone three short months ago.  As of this moment, her brother had not discovered her but Emma Jacobs suspected she was on borrowed time.  Fate’s ever meddling presence has begun to interfere with her plans. Fate and her bloody hand was going to draw her forward whether she wanted to go or not.  The interfering deity would continue to harass her until she retrieved the item requested.  Hell, she had taken her clerics vows and obtained Fate’s blessing because her mother and grandmother required such things.

Dawn had not even crested the horizon, she noted with a scowl.  With a huff, she sat up in her bed. Only more nightmares would taunt her if she chose to sleep again.  Reluctant duty beat like a pulse at the back of her head. As the days passed the throb became louder than her heart.  Emma bit back a curse and swung from bed.  When I her feet hit the floor, the curse she restrained fell from her lips. Her mother would have boxed her ears for such oaths. Though Adryn was near,  the mornings were still frigid in this part of the realm.

“Cold, cold, cold,”  She hissed until her feet found the slippers she kept near her bed and her hands pulled a heavy wrapper around her body.   A trail of sleepless nights lingered in those hazel eyes and, in that moment, she realized she was not alone.  “Fate damn it all. I am tired of visitors.” She growled as a faint knock sounded at her bedroom door. How the devil had they gotten into her home and past her wards without her knowing?  Was she truly that distracted?  “Troublesome Fate.”  The muttered whisper indicated her annoyance with the whole affair and the temper that was bubbling just on the horizon.

In her mind’s eye, she reached to see if anyone had left any tell-tale markers on her wards. Nothing.  Her brow furrowed as she grabbed the club she kept under the edge of her bed and padded for the door.  Of the many things her grandmother taught them as children, how to track and how to hide was chief among them.   She wove this knowledge into her wards to keep herself safe.  Though her brother knew the mechanics of such things,  he could never weave wards like she could.   Her grandmother explained that the holy arts would always lean more heavily towards the women of their lines.  The men could draw elements and their skill with weapons and fluency was positively frightening.

She raised the club and opened the door to address her invader only to find her motions frozen in mid-air.  Her hands slowed to a stop as she tried to swing through what felt like a thick honey.  Pert, sea-shaded eyes regarded her with a casual calm sparkle.  “Forgive me.”  The voice that came with those pert eyes was gentle.  “I did not mean to cause you alarm.”  Warmth radiated from this woman as an impish smile curled her lips.  “Can you please put the club down?  I managed to get out without an escort and I would never hear the end of it if harm came to me.”

Suddenly, Emma could move again.  She had not seen such warmth in anyone since her grandmother’s gentle grace passed on.  A memory flickered of she and Edward no more than toddlers. Her grandmother would play that game with them often.  Freeze tag with magic.  The woman’s holy blessing may have suffered with the kingdom’s  fall, her mental talents had not. They were early lessons for children young enough to play with these gifts and not question their existence.  “Who are you and why are you in my home and how the devil did you get past my wards?”  The rapid fire of questions came as reason resumed and the tides of memory receded.  With numb, frightened fingers,  she dropped the club.

The woman burst into laughter at her questions.  “Before we address that, let’s get you warmed up.  I never knew the east was so blasted cold. I promise I will be no threat to your existence.  I picked the location from my brother’s mind.”  Marc would have a conniption were her of a mind to look for her.  They had not quite mended fences yet but that was on the horizon.  Until then,  Alexandra looked to seek out this little beacon in the east that was nagging at the back of his mind.

Emma just stared in utter shock at the woman who had so ruthlessly invaded her home and now sought to comfort her.  The patient inspection on the woman’s features brought another curse  to Emma’s lips.  Clearly the woman was not going until she had her say and clearly she was strong enough to get around any wards or protections she may have put in place.   The woman was not leaving until she had her say, either, Emma noted.  Behind that patient, pert look was a woman given to Fate.  Sorceress.  Her mind whispered.  The woman took no trouble to hide what she was and that frightened Emma even more.  If she could sense this, what could her brother see from the south?

Panic nagged her.  That was when the woman linked her arm through Emma’s own and murmured.  “I reinforced your wards.  No one will find you here if you do not allow it. Your skills are amazing.”  The compliment meant to ease the woman, Alexandra noted, seemed to infuriate her that much more.

“Look, I have no light-damned idea who you are, why you are in my home and clearly you’re not leaving until you’ve given me your reasons for being here.   I only wish to be left alone, nothing more, nothing less.”   Emma spat as she jerked away from the companionable arm.  The warm comfort of this woman would damned well make her crumble and that was the last thing in this world Emma Jacobs wanted.

“None of us wanted this.  Fate had other designs.”  The words were so gentle that Emma shook and tears welled.  “You can continue alone if you wish but you do not have to.  That choice Fate has not taken from you. The rest…” The woman spread her hands and gave a casual shrug.  “The rest if out of our hands.”

Exhaustion, fear, and a host of other troubles surfaced as she looked into those patient eyes.  What was ahead frightened her and suddenly, she could not remember when she had eaten last.  With that last thought, darkness took her. She did not hear Alexandra’s muttered oath or feel the thud of her body hitting the floor.